Fermentation as a phenomenon and its uses, has an ancient history and continues to be a dynamic area in modern times. This basically natural phenomenon involves microorganisms and the enzymes they produce. Fermentation is being researched, modified and put to a plethora of uses that enrich our lives. We mostly associate microorganisms and pathogens with the harm and havoc they do to our health, environment, property and other assets - and our pockets! Let us now consider the contributions of benign microorganisms.

Fermentation involves the conversion of carbohydrates to alcohols and carbon dioxide or organic acids using microorganisms such as yeasts and bacteria, under anaerobic (lack of oxygen) conditions. The organic acids formed, such as lactic and acetic acid, have a preservative function. For example, Lactic acid produced by the fermentation of milk by lactic acid bacteria preserves cheese, yogurt and other fermented milk products.

In the late 1850’s Louis Pasteur, well known for his exceptional contributions to microbiology and medicine, showed that fermentation is a metabolic process and the result of the action of living microorganisms. He identified yeast as a living organism, which fermented or converted sugar to alcohol. In 1897 Eduard Buchner a German scientist further discovered that a secretion of yeast caused the fermentation of sugar.   ................
He demonstrated that the yeast secretion (which he called zymase) fermented sugar even when there were no living yeast cells in the mixture. Later, the term enzyme came to be applied to all ferments. Now we know that fermentation is caused by enzymes that are produced by microorganisms.

Fermentation is the core process of numerous natural phenomena. We have come a long way from fermented fruit and vegetable products mainly alcoholic beverages such as beers and wines, leavened bakery products and pickles. Research has discovered that this process is “initiated, conducted, and controlled” by microbes such as bacteria, yeast and moulds. Microbes especially microbes that contribute positively by their metabolic activity, play important roles as regards our nutrition, digestion and health. The fermentation of milk to yoghurt is a desirable food fermentation, involving the lactic acid bacteria, lactobacillaceae, which has the ability to produce lactic acid from carbohydrates. Another benign bacteria, the acetic acid producing acetobacter species is involved in the fermentation of fruits and vegetables. The acid byproducts of the metabolic processes taking place within the bacteria as they grow, helps to preserve the food products. Friendly bacteria that are present in our digestive tract produce specific enzymes which help our digestion. Production of antibiotics is another important contribution of Microbial fermentation. Many antibiotics used currently are produced using microbes.

Microbes help maintain our environment – air, water, and land. Microbial activity has been applied to precipitate out, toxic substances and metals such as iron, that are present above tolerable limits in drinking water. Microorganisms are being effectively used in pollution control, pest and waste management. They work along with us to make our land and water resources cleaner and also to develop our agriculture, the eco-friendly way. 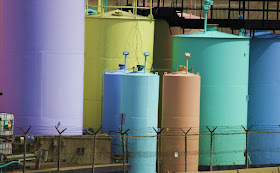 Microorganisms even enable our industrial growth. Microbial fermentations are used as an alternative, or as a supplement to chemical manufacture of industrial products such as alcohols and acetone. In industry, the extraction of metals from ores (even from low-grade ores} with the help of microorganisms is done by using controlled fermentation techniques. The contributions of benign microorganisms are innumerable – their presence and activities make our earth a better place to live.


VISIT Sites with topics and Uses related to Fermentation